Creavitity Abounds: This is What Love Looks Like Right Now!

Anna Hubbard, Minister at First Christian Presbyterian Church in Pryor, created this video by asking colleagues to submit photos of their empty sanctuaries. Out of the photos, she created a moving video entitled “Empty Sanctuaries.  Right now, this is what LOVE looks like . . .”

We are loving our neighbor and friends and families by staying safe at home and worshiping on-line. I hope your sanctuary looks like this!

Unfortunately, only two Sunday services were held before the COVID-19 crisis put a stop to large gatherings, including a Spring Break “at home mission trip.” However, $1416.66 was collected toward the outreach effort. While COVID-19 has put much uncertainty, groups are still scheduled to come and labor this summer from places like Indianapolis, Kansas City, and from Fort Worth.

Locally, there has been discussion about the possibility of continuing Lenten worship as Canadian County annually. For more information, contact Rev. Lott at rev.clott@gmail.com.

The Oklahoman published an article about First Christian Church OKC on April 2nd. Click HERE to read the entire article.

Article by Carla Hinton, The Oklahoman on April 2nd:
Photo taken by drone by Dave Morris.

The iconic church building at NW 37 and Walker Avenue soon will be empty.

This week, the First Christian Church of Oklahoma City (Disciples of Christ) congregation is moving into another structure on the church’s property at 3700 N Walker Ave.

And, the church building — with its distinctive egg-shaped dome — is still for sale, said the Rev. John Malget, First Christian’s senior minister.

The congregation voted in October 2019 to relocate and close the preschool affiliated with the church. Malget said the church office and worship space will be in the building that formerly housed the preschool. He said the structure was originally the church’s youth center.

Meanwhile, at the time of the relocation vote, the church board decided to end the Jewel Box Theatre’s season after its production in December 2019.

This week, Malget said Jewel Box, a ministry of the church, would be moving to the same building as the church. He said the theatrical company would continue with a new director, Darron Dunbar. Jewel Box Theatre is Oklahoma City’s oldest continuously operating community theater.

First Christian put the historic building on its sprawling property up for sale about 3 1/2 years ago.

In 2019, Malget said the church’s cost of upkeep and utilities had become overwhelming and the congregation needed to move even though the property hadn’t been sold.

Historic preservationists had expressed concerns that a new owner might demolish the unique building on 31 acres in a prime spot just west of Interstate 235.

Then a reprieve seemed likely.

Preservationists and the First Christian congregation thought the building would be purchased by Crossings Community Church, a far north Oklahoma City megachurch whose leaders had expressed interest in it. On Easter Sunday 2019, Crossings’ leaders announced their hopes to purchase the building for use as a Crossings’ satellite.

By that August, however, that proposal had fallen through.

Crossings leaders said costs to renovate the landmark church building exceeded their initial expectations and the church would not purchase the First Christian building.

First Christian opened in the 1950s, led by popular preacher Bill Alexander. At the time, it was one of the largest congregations in the metro area but, in recent years, the size of the congregation has dwindled.

Click HERE to read the entire article by Carla Hinton, The Oklahoman

Mass Poor People’s Assembly & Moral March on Washington on June 20, 2020 will not be postponed but will be transformed! We are going digital!

We will hold the largest digital and social media gathering of poor and low-wealth people and people of conscience in this nation’s history. The COVID-19 global pandemic is exposing the already existing crisis of poverty in America, and we are going to bombard every member of Congress and the White House so that we raise up the demands of the Poor People’s Campaign: A National Call for Moral Revival.

We will not be able to gather physically in Washington DC, but it is paramount that we have a forum where poor and low-wealth people can share their truths with a nation that needs its heart broken. 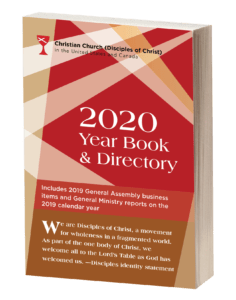 Unreported Congregations as of 3/12/20

First Christian Church (Disciples of Christ), Edmond, Oklahoma, seeks a part-time organist/accompanist. Applicants must have excellent skills in organ and piano performance, sight reading, and be able to accompany the choir in all styles of music. College degree in music education or music performance preferred. Prior experience as principal organist preferred. Applications will be accepted through Tuesday, March 31st.

Job description available by contacting John Regan at the Church 341-3544.

The five Disciples Congregations in Canadian County are gathering to share a meal (5 pm) and worship (6 pm) during the first five Sundays in Lent. We are meeting to build relationships with one another and to get excited to do long-term recovery work together following the Spring 2019 storms. Our hope is to raise $2,500 over our five weeks of worshipping together.

Our theme is “Fixed on Jesus,” which will help us to prepare for Regional Assembly (April 24, 2020 at Central Christian Church in Enid.) 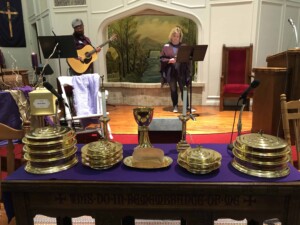 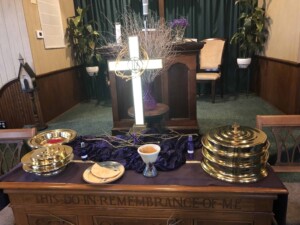 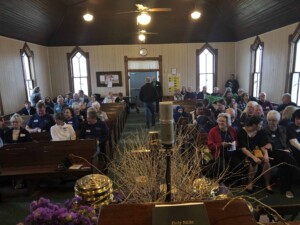 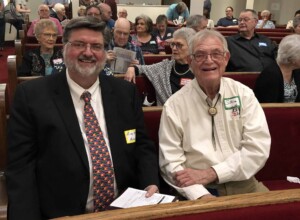 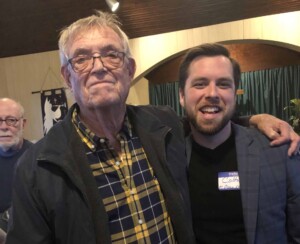 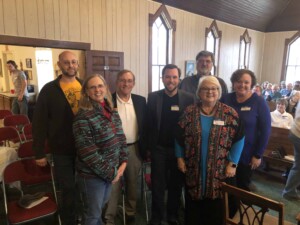 The series this year will begin on March 1st with Adam Soltani  and Dr. Imam Imad Enchassi leading the discussion.

Please join Edmond Trinity Christian Church (located at 1400 NW 178th St. Edmond, Oklahoma) on Tuesday, March 17, 2020, at 6:30 p.m. to hear John Dear, long-time peace activist speak on his new book, Praise Be Peace: Psalms of Peace col Nonviolence in a Time of War and Climate Change. It is a collection of meditations on the anti-war, pro-peace psalms, and the psalms that celebrate creation, as a way to ground ourselves in faith and trust in the God of peace during these times of war and climate change.

Dear has been nominated for the Nobel Peace Prize three times, including by Archbishop Desmond Tutu. Dear has been arrested 75 times in acts of civil disobedience against war and nuclear weapons. He has lived in El Salvador, Guatemala and Northern Ireland and traveled in war zones across the world, including Iraq, Palestine, Nicaragua, Afghanistan and Colombia.

Dear has written 37 books, including The Nonviolent Life and his autobiography, A Persistent Peace. He is a Catholic priest in the Diocese of Monterey, California and serves as Outreach Coordinator of Pace e Bene [Peace + All Good].

Dear’s talk will be free and open to the public. Registration is not required. For more information, contact Rev. Don Heath at (405) 823-8511 or disciples@edmondtrinity.org.

New Hope Christian Church is completing a renovation of their worship space. The church is replacing their pews with sanctuary chairs. They have 12 pews available for donation to another congregation. The pews are in good condition and measure 12 feet in length. Each pew has two hymnal racks and card pockets. Any congregation interested in acquiring these pews should contact New Hope Christian Church to take a look at them and/ or to make arrangements to pick them up.  You may contact the church at 405-691-5366 or email at newhopeccokc@sbcglobal.net 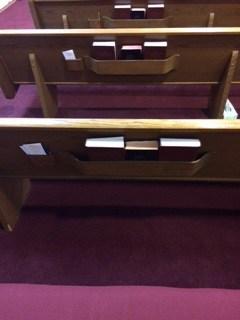