With sadness we pass along the news of the passing of faithful servants who have provided spiritual leadership to Oklahoma Disciples. Our prayers of comfort are with their families and friends. 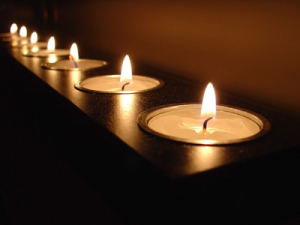 Dorothy Coffman Messenger was born March 4, 1915, in Dallas, TX, and died on November 5, 2017, in Edmond, OK. The daughter of John Richard Coffman and Rhe Harper Coffman, she grew up in Fort Worth, Texas, and was graduated from Stripling High School there in 1931.

She attended Texas Christian University in Fort Worth, where she met G. L. “Andy” Messenger. They were united in marriage on August 27, 1936, and were both graduated from TCU in 1937. She earned the Bachelor of Science Degree in Business. Following college, they moved to Chicago, where G. L. attended the University of Chicago Graduate School, and Dorothy was employed at the former International Council of Religious Education.

Dorothy was employed for 28 years in the field of accounting in Oklahoma. She worked in the Office of Engineering Research on the OSU Campus at Stillwater for 11 years; in Dewey, she worked as Accounting Manager for Five Star Engineering and Foundry for 10 years; and her last employment before retirement was with the H. C. Price Company in Bartlesville.

Dorothy was active in all phases of church life. She was Moderator of the Christian Church (Disciples of Christ) in Oklahoma 1982-84; a past President of the Oklahoma Christian Women’s Fellowship; an Elder at Disciples Christian Church in Bartlesville; and an Elder Emeritus at the First Christian Church in Woodward and at Southern Hills Christian Church in Edmond. Through the years, she taught church school classes of all ages, was a retreat leader and teacher in numerous workshops, and was a Laity Sunday speaker for various churches across Oklahoma. She was also a volunteer for many interdenominational projects.

Throughout her years of dedication to church, work, and family, she and her husband had the privilege of traveling widely in the States and overseas. Those travels broadened and enriched their perspectives.

May God’s grace and peace surround his family during their time of sorrow.

We share with you the passing of Rev. Mark B. Newman (71) who died November 2, 2017. Funeral services will be held Thursday, November 9, 2017 at Eastside Christian Church, 1438 S. Indianapolis Ave., Tulsa, with Rev. Anna Hubbard and Rev. Charles Ragland presiding. Burial will follow at Rose Hill Memorial Park, 4161 E. Admiral Place, Tulsa, with a reception for the family following at East Side Christian Church. Mark is survived by his wife Cheryl, brother Richard and sister Linda.

Friends may visit at Payne Funeral Home, 102 W. 5th St., Claremore on Wednesday November 8 from 1:00-8:30 pm, with the family receiving visitors from 7:00-8:30 pm. Service information is available at this link.

We are saddened to share the news of the death of Rev. Dr. Dennis E. Clark (68), former senior minister of First Christian Church Guthrie. Dennis died unexpectedly Monday May 1, 2017 at his home in Siler City, North Carolina. 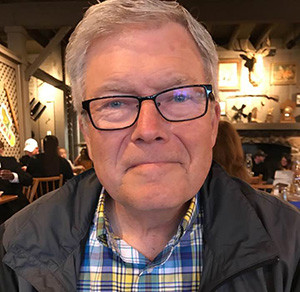 In lieu of a graveside service, there will be a Celebratory Reception, 1:30 p.m., Tuesday, at First Christian Church in Guthrie.

Dennis received his Bachelor of Theology at Northwest Christian College, and his Master of Divinity and Doctor of Divinity at Phillips Graduate Seminary.

He is survived by his wife Cathy, daughter Carmen Bond and husband Donnie (Edmond), and son Darin Clark and wife Holly (North Carolina). Cards may be sent to Cathy’s home at 131 Autumn Dr., Siler City, NC 27344-8876.

May God’s grace and peace surround his family during their time of sorrow.

Rev. Collinson (84) passed away December 16, 2015 in Tulsa. A graduate of Phillips University and Seminary, and Oklahoma University, he served as pastor to many Oklahoma, Illinois and Georgia congregations.